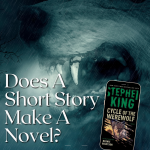 Does A Short Story Make A Novel?

I will be the first to admit I have never read a single Stephen King novel in my entire life. I don’t even think I’ve watched a film all the way through either. So, the fact that this was my first experience with the author is amusing in its own way because it doesn’t have the stereotypical writer from the Northeast struggling to write that many like to joke about with King.

As soon as I flipped through the pages before starting the book, I was shocked to see there were so many illustrations and some were just the months of the year. Obviously, this wasn’t done by King himself, but it was something that was a good choice to have. It broke up each story into its own separate entity where you could read the stories by themselves or as a whole.

This reason for having the months broken up with each one focusing on how the werewolf behaved was something I really loved about it all. There weren’t many scary parts to the book. In fact, I found some of the stories to be almost comical such as February with the woman thinking the werewolf was a man coming to “claim” her. While others were just more intriguing to see how the thoughts of the villain went throughout the book and how it grew into you feeling close to him in a way and understanding his beliefs of what was going on.

Something I have been wanting to do was write short stories within my own worlds, but I get so trapped into it being a lot longer, this gave me ideas on how to approach this. It is very similar to my own serialized formats but in short form that lets you devour each piece. Almost like a sitcom versus an episodic show on television where it’s ok to miss an episode because you’re most likely not going to miss much story-wise because each story is self-contained in the larger story.

Will this book continue to stay on my shelf from now on? Absolutely! It was such a fun read from beginning to end with knowing almost every chapter featured a character that would die. You could never hold out for a character and root for them because you’d lose them by the next page. At least, all but the small boy who had the best Summer of his life.

I once again will ask, does this make Stephen King’s book a novel with chapters based on the months, or an anthology of short stories all set with the same storyline? For me, it’s the latter. This doesn’t make it bad, but it does make it a good different and I’m thankful that this was my first full experience with him and not the scene in IT with the “bonding moment” between the kids.

Godzilla – The EcoTerrorist From Ancient Times 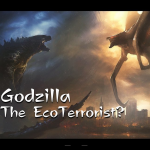 Should I just stop saying something is new to me at this point? This one is different though, I promise! {...}

Can I Laugh At Your Horror? The Funeral review 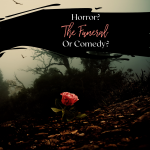 When you’re a mortician, you expect to see a lot of interesting stories come up. Most likely ranging in strange {...} 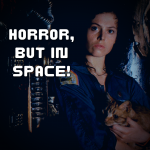 One Reply to “Does A Short Story Make A Novel?”