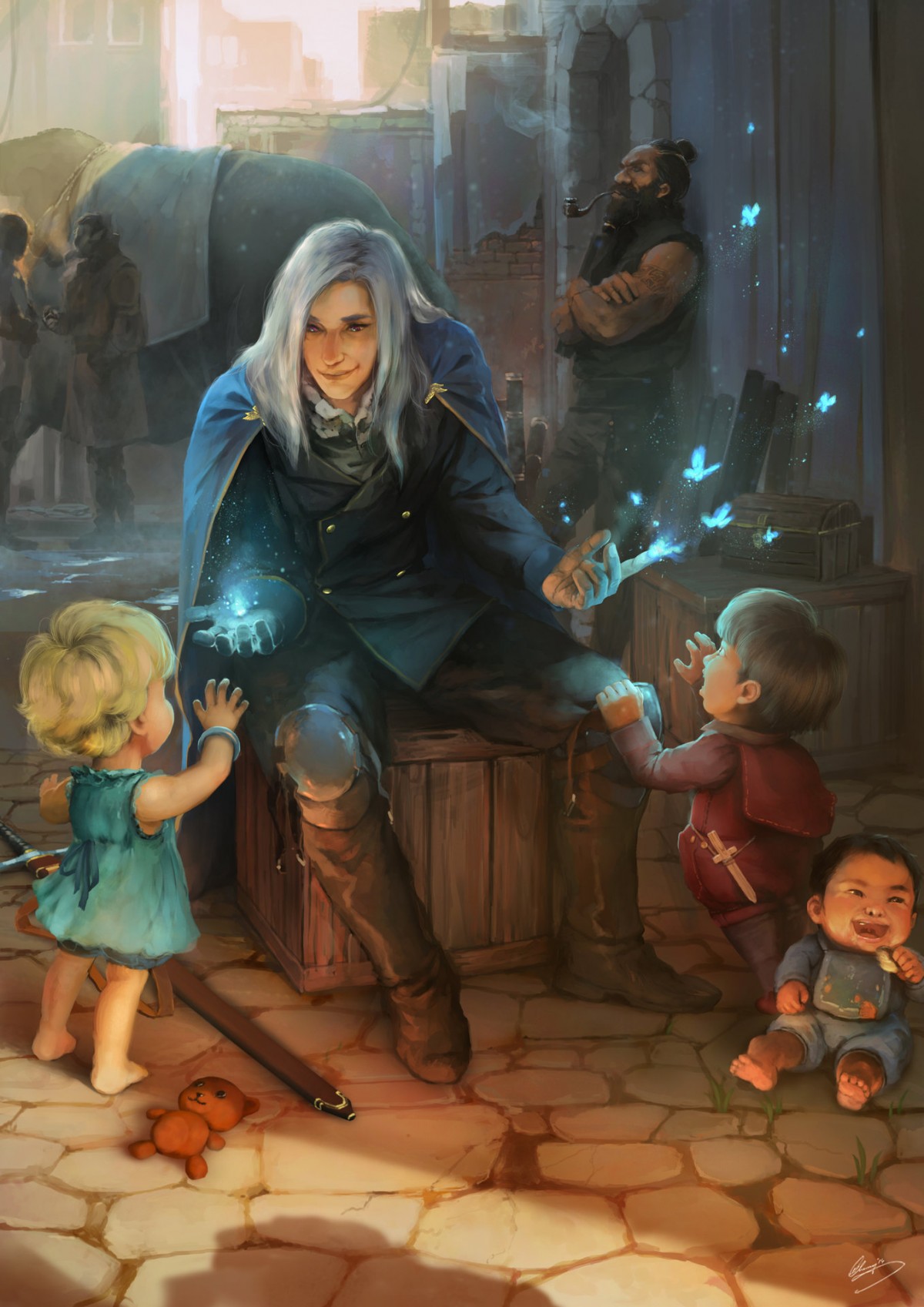 “We need the money,” Vane hissed as the children ran around them, screeching incomprehensibly.

“Not this bad. “ Shak refused to interact with peasants. He was a duke and part of the High Magistrate. If he even looked at one of the grimy beings he would be excommunicated and just be like one of them.

“Do you want to sleep next to the horse dung again?”

Shak puffed his cheeks out in frustration and sat down. “Whatever. But don’t you dare mention this to the Magister or I will make sure you can’t finish that sentence.”

He let out a deep sigh and held his hands out. Each finger wiggled in sync with his breath and he closed his eyes. He needed to concentrate or it wouldn’t work. After a few moments, sparks began to shape from the tips of his fingers. The sparks grew bigger and formed into different shapes. First they were simple flowers then they turned into animals walking across his palms. Despite his eyes being closed, Shak knew the children were growing quiet and surrounding him to witness the presentation.

“Shak, look,” Vane whispered into Shak’s ear and put his hand on his friend’s shoulder. “You did it.”

Shak opened his eyes, and saw the smiles crossing the face of all the children. It reminded him of home, when he was with his own children. They were much different with the freckles spread across their faces and asking for different animals every second. A smile crossed Shak’s face despite his reluctance earlier. He was back home now and not out in the slums with a flamboyant soldier trying to send a message that went horribly wrong.

The prophecy had foretold of his coming. The King of Skulls was the name given to him by the ancient {...}

Ahem, am I doing this correct? Mrs. Morant told me to type something for her today as she was too {...}

Only 50 Cents Could Get You Amazing Love From Me

Now that I have your attention, I don’t mean any sexual love but just appreciation as a writer kind of {...}